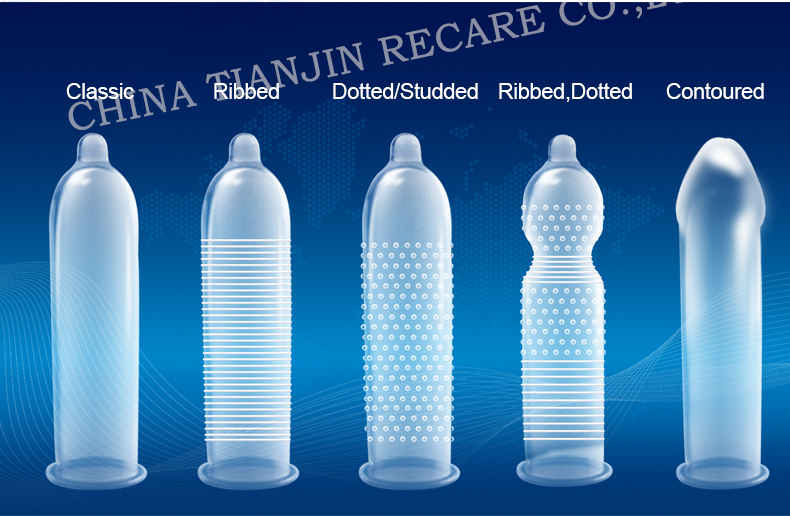 Durex is here to help you tailor your satisfaction and find the right condom for you when it comes to condoms, because when it fits properly, it feels properly.

It’s important to experiment until you find a condom that fits both you and your partner, and ribbed and dotted condoms are an excellent place to start.

What makes ribbed and dotted condoms unique, and why should you consider using one?

Condoms with ribs, dots, and other textures not only protect you against sexually transmitted infections and unwanted pregnancies, but they also provide additional stimulation, which can help you achieve more satisfying, intimate sex.

What Are Ribbed Condoms?

Ribbed condoms are best described as having small raised ridges that have been strategically placed around them to increase sexual excitement.

This is for those of us who have difficulty feeling anything while wearing a standard condom.

Generally, textured and ribbed condoms are irritants due to a lack of lubrication to reduce unpleasant friction and increase slide and glide.

Both the ribbed and dotted condoms are textured condoms that have been specifically designed to increase intimacy and enjoyment.

Ribbed condoms have ribs running the circumference of the condom, providing additional stimulation.

Whereas dotted condoms feature a dot-like pattern on the outside to increase the level of pleasure.

ALSO SEE: What Are Skyn Condoms Made Of?

Dotted condoms are covered in a series of bumpy, circular dots. Similar to the ribbed pattern, the dotted pattern increases friction but adds an element of intense excitement for you and your partner due to the slightly rougher and varied surface texture.

These condoms feature a dot-like pattern to increase stimulation and provide additional pleasure during sexual intercourse.

Avoid using them if you have damaged or extremely sensitive skin, as they may cause a rash.

Is Dotted Condoms Are Good?

Due to the dotted layer on the condom, dotted condoms can increase libido. On the inside surface of some of them, there is an additional dotted layer.

This effect increases arousal in both partners. It’s an excellent way to increase partner intimacy. 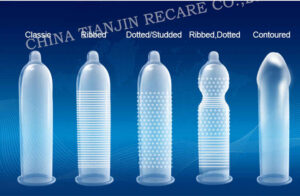 Condoms with textured surfaces fall into two broad categories: dotted and ribbed. They provide increased sexual pleasure and protection in the same way that condoms do, but with slightly different sensations.

To begin, let us look at dotted condoms, using ONE® Super Studs Condoms as an example. These condoms feature hundreds (264 to be precise) of micro-sized “studs” or dots that span the entire length of the condom.

The studs themselves have a larger diameter than, say, goosebumps but are smaller than the circles found on children’s building block toys.

They are evenly spaced across the outer portion of the condom to increase stimulation and provide intense pleasure to the user (and their partner).

These studs make contact with sensitive nerve endings both inside and outside our bodies. They generate the oh-so-pleasant friction.

When combined with a liberal application of a good lubricant, this can be an incredible experience for all parties!

Textured condoms are a lesser-known alternative to the standard condom. These condoms offer the same benefits as standard condoms, but with a more sensual sensation.

These ribbed condoms with dot designs stimulate sensitive nerve endings during sex. And it’s backed up by science: the enhanced experience is caused by the friction created by the ribbing and dotting of the condom’s exterior during penetrative sex.

Due to the fact that every body (and sexual appetite) is unique, textured condoms are designed to enhance pleasure during a variety of sexual experiences.

Ribs and dots can stimulate nerve endings both inside and outside the vagina, as well as on the vulva.

Simply put, textured condoms are designed for incredible pleasure. How pleasant are textured condoms to the touch? Only you can make that determination after testing ONE® Tattoo Touch Condoms or ONE® Super Studs Condoms.

How do Textured Condoms Feel?

Assume you are already content with your sexual life and experiences. To begin, congratulations!

Having said that, these condoms are designed to enhance those experiences, so imagine the possibilities for you and your partner(s)!

It’s always a good time to have more stimulating, pleasurable sex, whether it’s a delightful birthday surprise, a special occasion, or just another day.

One of the largely unspoken benefits of textured condoms is less about the texture and more about the protection and prevention provided by condoms.

Are you looking to spice up your sexual life and unsure how to go about it? Can any of the other suggestions on your list provide you with the same level of comfort and control over your sex life?

How to Use Condoms and Notes with Ribbed, Dotted, and Textured Surfaces

Boots Condoms with a raised textured design are called Ribbed & Dotted Condoms. Ribs and dots are strategically placed to maximize stimulation for both you and your partner, resulting in increased pleasure and intelligence.

The use of a ribbed one can create a sense of friction and increase both partners’ enjoyment. This is because the ridges on the condom add pleasure to both the penis and the vagina.

Both the ribbed and dotted condoms are textured condoms that have been specifically designed to increase intimacy and enjoyment.

Ribbed condoms have ribs running the circumference of the condom, providing additional stimulation.

Whereas dotted condoms feature a dot-like pattern on the outer surface to enhance the sensual experience.

What Purpose do Ribbed Condoms Serve?

Not only are ribbed and dotted condoms designed to offer the same level of protection as standard condoms, but they are also designed to enhance the sensation when used.

The ribs and dots along with the condom’s shaft contrast with the typically smooth surface of conventional condoms, allowing you to get more out of sex.

Why would you want to use ribbed and dotted condoms?

Choosing textured condoms can contribute to increased sexual satisfaction, so consider them a way to unlock additional intimacy and stimulation with your partner.

To add to the variety, the majority of our lubes and pleasure gels are also compatible with ribbed and dotted condoms – just remember to always read the labels before use.

Whether you prefer smooth condoms or ribbed and dotted condoms, we want to assist you in finding what feels right for you and your partner.

Which type of ribbed condom should I purchase?

Why don’t you give our Pleasure Me Ribbed and Dotted condoms a try? Ribs and dots run along the shaft of our Pleasure Me condoms, adding additional layers of stimulation upon penetration.