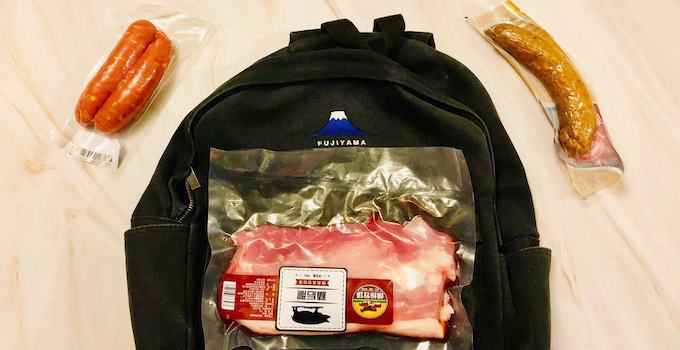 For several decades, air travel has grown in popularity. As more businesses enter the market, prices fall and more people use it.

Whether traveling for business or pleasure, the first step is packing.

Depending on the nature of the journey, you pack whatever is necessary. Pack as little as a backpack or as much as a 50-pound suitcase.

In both cases, there are some items that are absolutely necessary and others that are not.

The airline companies and the TSA have certain restrictions on the items that can be brought on board.

The majority of the time, there is a list of what you are and are not permitted to bring onboard, but there are a few exceptions.

There are some items that the TSA does not specify, and as a result, many passengers are unsure whether they can or cannot bring them on board.

Condoms are one of those items. A frequently asked question on the internet for some time now is “Can you bring condoms on a flight?” and I’m going to address it today.

A quick disclaimer – while the article’s primary subject is condoms, I will not advocate for attempting to transport illegal drugs.

Additionally, I would advise you to abstain from drug use. “Drugs are bad, mkay?” as M. Mackey would say.

Can you Bring Condoms on a Flight?

When traveling, there are certain rules that must be followed to avoid complications. For instance, you are permitted to bring liquids on board, subject to certain restrictions.

A single bottle may contain no more than 3.4 oz or 100 ml of liquid, and no more than ten of those may be brought.

That is the maximum amount you may carry, and they must be kept in a transparent bag.

Due to the lack of regulation regarding condoms, you may carry as many as you wish, depending on how fortunate you believe you will be.

In other words, you can bring a full carry-on bag or checked-in suitcase of condoms on board with no problem. I’ll explain where it’s best to store them in one of the following sections.

Can you Bring Condoms Through Airport Security?

Airport security is the pre-flight check in which your carry-on items will be inspected. This is where employees will inspect your carry-on bag to ensure it complies with TSA regulations.

Passing through airport security with a condom-filled bag will be no problem. You will pass through the scanner, and as long as you do not have anything illegal on you, you will be fine.

If you have condoms in your carry-on bag and are a little self-conscious, there is a way to conceal the contents from those around you.

Certain airports allow you to request a private screening, during which an employee will inspect the contents of your bag in private.

Bear in mind that not all airports have this, and passing through security will take longer.

Do Condoms Set Off Metal Detectors?

Condoms, in general, will not trigger a metal detector, but there are some exceptions. Carrying them in a box, as you would if you were purchasing them in a store, eliminates the possibility of a metal component triggering the metal detector.

Certain individuals carry their condoms in those condom cases, which may trigger the detector.

This is case-specific, as the majority of cases contain some form of metal, which means you will be unable to pass with the case in your pocket.

This has been a point of contention for as long as the “can you bring condoms on a plane” debate, and while some argue that it is irrelevant, I have a different theory.

We’ve already established that bringing condoms in a carry-on bag or checked luggage is permissible, regardless of the quantity. Whichever option is preferable,

I would advise you to pack them in your carry-on bag. I understand why some are hesitant, but I have a good reason.

The carry-on bag travels with you into the cabin, a section of the plane where the temperature is kept at a comfortable level for the passenger.

As comfortable as you will be, the condoms will be as well. Rubber is quite sensitive to temperature changes, which can result in a slew of problems down the road.

I’m not saying they require constant temperature, but maintaining a consistent temperature with few fluctuations is ideal.

With regards to checked luggage, I would not say you should not do so, but I would advise against it.

The baggage is stored in the lower section of the plane, where, despite the insulation, the temperature can drop.

This could cause damage to the rubber, which is why I recommend storing them in a carry-on bag.

ALSO SEE: Can You Buy Condoms At Self Checkout?

Can you Bring Lube on a Plane?

Yes, lube is permitted on a plane, but the rules vary according to the location.

If you opt for the carry-on, you must adhere to the rules prohibiting you from carrying more than ten bottles of 3.4 oz each.

If you do not have a larger bottle, you can fill empty travel bottles with the lube. The benefit of this approach is that no one will know what you’re hiding inside.

Alternatively, you may place the lube in checked baggage without restriction. The bottle can be as large as you like; the only danger is that it will accidentally open during flight. 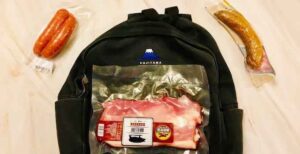 Will Condoms Break On A Plane?

Can We Carry Condoms In International Flight?

Can You Bring Condoms And Lube On A Plane?

Condoms and lube are not prohibited on flights in general. There are no restrictions or limitations on condoms.

With regards to lubricant, you must adhere to the TSA’s liquid transportation regulations.

Can I Bring Lubricant On A Plane?

If you’re traveling with lube, you may place it in your checked bag. If you’re only bringing hand luggage, keep it under 100 milliliters/3.4 ounces.

Anything larger than that must be turned over to security for disposal — and that includes a half-full 250-milliliter bottle.

Can You Bring Silicone On A Plane?

Also known as silicone inserts, gel-filled bra helpers can be worn through security and onto a plane,

ThoughtCo reports. Inform the TSA agent discreetly of your “extra baggage,” and you may face additional screening.

Can You Take Condoms To Dubai?

Can You Take Condoms On A Plane In A Suitcase?

Yes, condoms are permitted on flights. They pose no risk to the plain or passengers because they are made of a thin piece of latex or a similar material packed in a box. The absence of them from the TSA’s rulebook means that you have more freedom.

Pack them in your carry-on luggage to ensure their effectiveness and to avoid the temperature variations found in the lower section of the plane where checked luggage is stored.

Can you Bring Lube on a Plane?

The 3-1-1 rule applies to all liquids, including lubricant. This means that you may only bring lube in bottles or containers containing 3.4 oz of lube.

And that all liquids, shampoo, and shower gel must be packed in a single transparent quart-sized bag. Additionally, you are only permitted to carry one transparent bag per person.

The TSA’s website does not include a section on condoms. Anywhere. As a result, there are no TSA-specific condom regulations. That is peculiar, as this is a frequently asked question.

I believe that some people are concerned about traveling with condoms due to their lubrication, but the amount of lubricant in condoms is so minute that the TSA is unconcerned.

However, the absence of condoms is a positive sign. This means that there are no restrictions on carrying condoms on flights.

Thus, Yes! Condoms may be brought on a plane in your hand luggage. They are in good health.

Indeed, it is a free-for-all! Condoms can be packed in your carry-on suitcase, in your personal item or handbag, or in your checked luggage.

That should put your mind at ease.

If in doubt, you can always use Twitter’s @askTSA service to obtain specific answers to your questions. You are not the first person to inquire about the permissibility of bringing condoms into the aircraft cabin.

What Isn’t Allowed On A Plane?

The Transportation Security Administration’s primary mission is to prevent dangerous items from being transported on planes.

Liquids and gels are prohibited due to their potential for use in the construction of explosives. Weapons and anything that could be used as a makeshift weapon are prohibited in order to prevent individuals from attempting to take control of the aircraft mid-flight.

Simply put, condoms are not prohibited on flights because the TSA is not concerned that a condom will be used to hijack a plane.

And while you could blow one up and cause it to explode, you would not cause a significant explosion, even if you did scare the person sitting next to you!

Indeed, many men will assert that condoms actually decrease the likelihood of explosions. They also help prevent unintended pregnancies and sexually transmitted diseases, so pack some in your suitcase if you believe you will require them.

Condoms and lube are not prohibited on flights in general. There are no restrictions or limitations on condoms. With regards to lube, you must adhere to the TSA’s liquids carry-on regulations.